Version 0.2 of Unchecky was just released!

The main and most visible change is the new interface of the main Unchecky program. 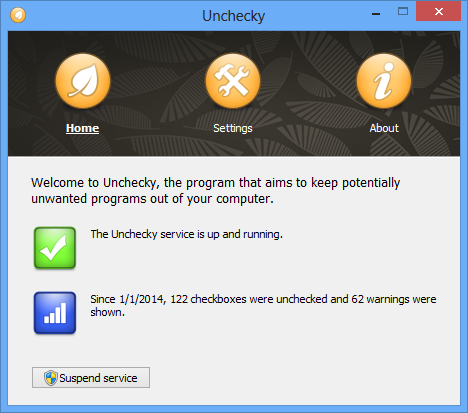 Apart from the new visual appearance, it also has new functionality:

While Unchecky v0.2 is still labeled as beta, it’s much more stable and robust than the early v0.1.x versions. More than 20 issues were closed. Many more installers are supported. If you were hesitant to try Unchecky because of its early age, you might want to consider trying it now.