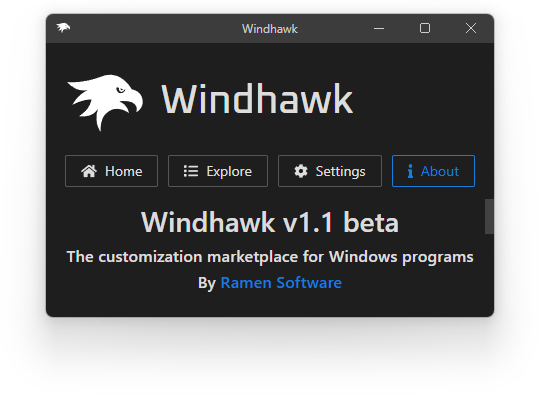 I’m pleased to announce a new version of Windhawk, the tool that aims to make it easier to customize Windows programs. This version focuses on the ability to translate Windhawk to other languages, and on important stability improvements and bug fixes.

Get the new Windhawk version here.

This was panned for a long time, and now Windhawk can finally be translated to other languages. To contribute a translation, please refer to the windhawk-translate repository.

Stability is a top priority for Windhawk. One important change that was made in this version is that Windhawk no longer injects code into critical system processes by default. This means that even if all processes that Windhawk can customize crash because of a bug or a faulty mod, the whole system no longer crashes and there’s no need to resort to booting in safe mode.

For the complete list of changes, check out the changelog. You can get the new version here.