Textify is a tool which allows to copy text from dialogs and controls which don’t allow it otherwise. The core functionality of Textify is implemented with user interface accessibility which is provided by Windows. Until version 1.9, Textify was using Microsoft Active Accessibility (MSAA) which is available since Windows 95. With Windows 7, Microsoft introduced Microsoft UI Automation as a successor to MSAA. Since both frameworks worked equally well when Textify was created, I made Textify use MSAA which allowed it to support older systems as well.

But now it seems that some of the new technologies in Windows no longer support the old MSAA framework. This can be quite noticeable in Windows 11, where prominent elements such as the taskbar don’t support MSAA. To adapt to the new lack of support for MSAA, Textify now uses Microsoft UI Automation by default. Note that while the results are mostly the same, there can be subtle differences, and so it’s possible to get back to using MSAA by changing the settings in Textify.

Below are a couple of examples which compare the old MSAA which was used before v1.9 to the new Microsoft UI Automation.

The Windows 11 taskbar with MSAA:

The Windows 11 taskbar with UI Automation: 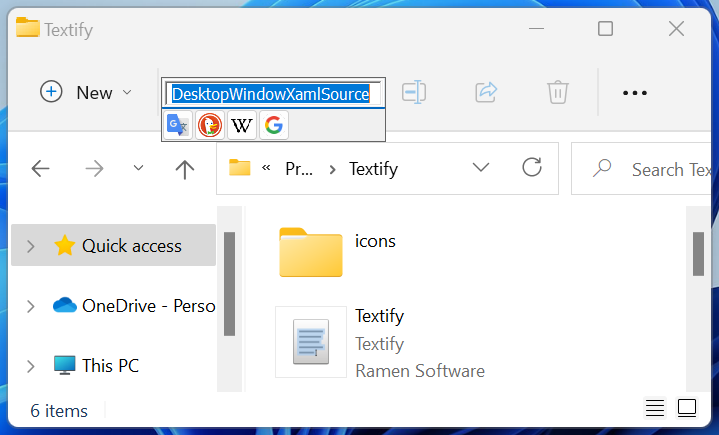 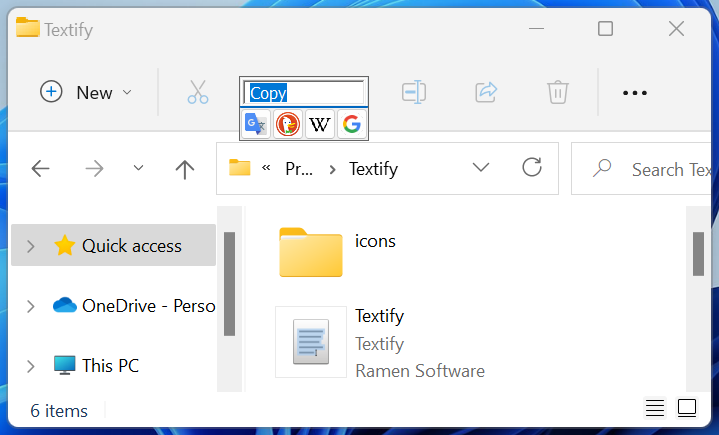